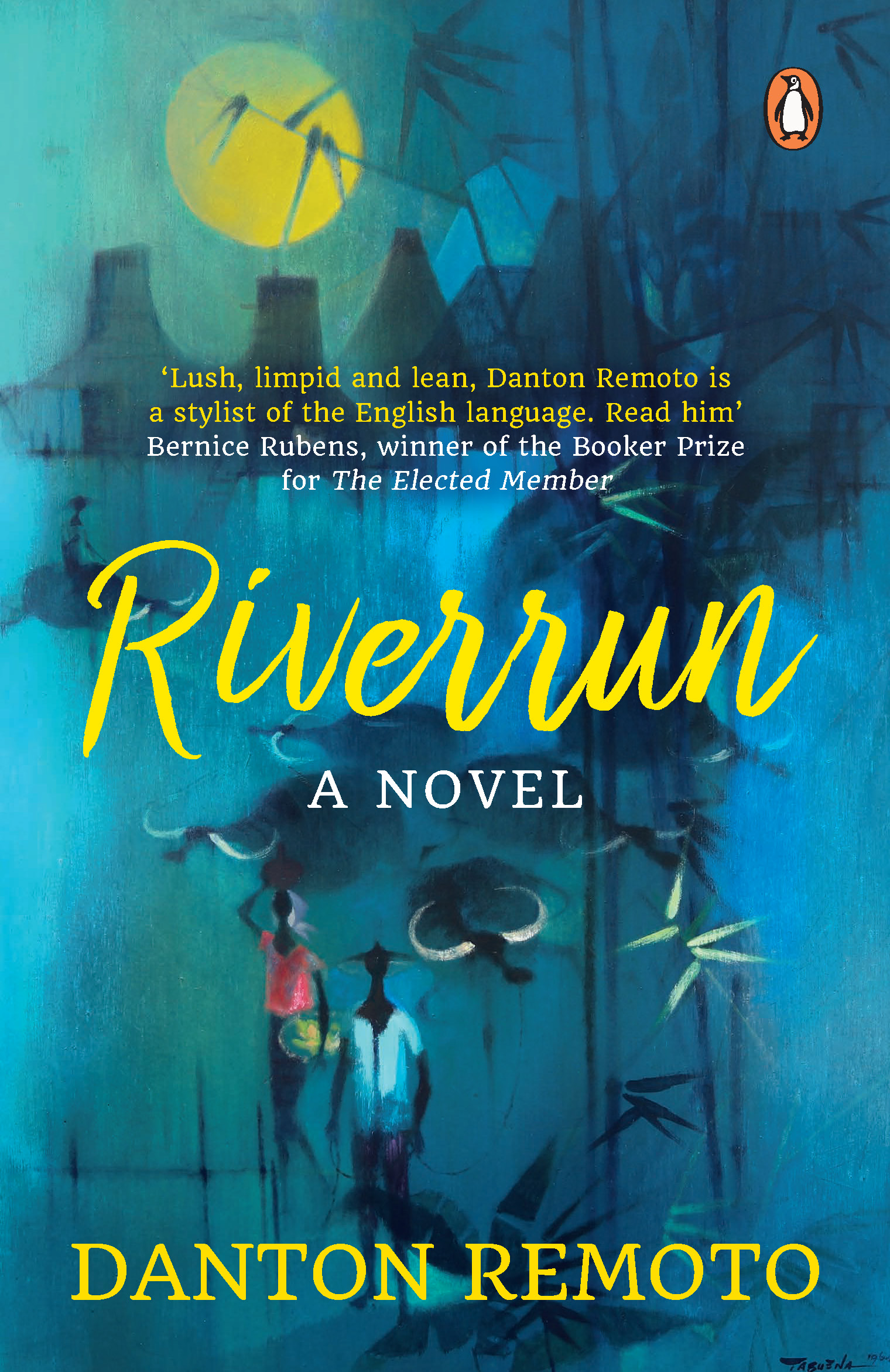 My novel, ‘Riverrun,’ is now being printed by Penguin South East Asia. Printed copies will be sold in Asia while e-copies will be sold in the rest of the world. I have been fielding questions from the international press about the book. Here are the answers to the flurry of queries, telescoped as an FAQ (Frequently Asked Questions0.

The international edition is longer and it includes chapters set in London and Scotland. It also has two sex scenes. The editor at Penguin SEA wondered why the main character is full of yearning but the sex is unconsummated, or there is no attempt to initiate it or take part in it. I explained to her that the setting is 1970s-1980s Philippines, a deeply Catholic and conservative society, where gay sex and relationships were frowned upon. She said, “All right, but adding at least two sex scenes would be good for the novel.” So I retrieved a lyrical short story that I had written set in a gay bar in Scotland and revised it for this novel. I also wrote a satire on sex, which follows the chapter on the gay bar in Scotland. I called this sardonic chapter “Fear of Flying,” after the best-selling erotic book of Erica Jong published in 1973.

The characters suffer floods, calamities, and a corrupt military dictatorship but they survive with humor and wit intact. There is a sad hilarity among the characters in your novel. What accounts for this?

My parents came from Oas, Albay, in the Bicol Region in Central Philippines, a region blessed with fertile land because of the occasional eruption of Mayon Volcano, which has an almost perfect cone. Ten strong typhoons also cross this region every year, leaving massive devastation in their wake. So if it’s not a volcanic eruption, it will be the floods, an earthquake, and of course, the other calamities caused by the madness of Philippine politics. And they come every year, like recurring nightmares. But my parents, my relatives and friends, the people I grew up with, they just shrugged off these events and continued with life after the calamity has passed. They planted rice again, or rebuilt the house, started another small business, all the while cracking jokes and exchanging witticisms, poking fun at their situation and the calamity or the politician who has caused them to suffer. Life goes on.

I like the specters, ghosts, and the supernatural creatures found in the mountains and lake.
They add texture and orality to your novel, as well as a sense of the many untold stories lying
beneath the realities of every day life in the Philippines.

The woman living in the lake was a true story. That was the reason cited by the Navy
frogman who rescued my dead classmates in the gloom of the lake. So this came from a
real story. And the creatures of lower mythology were such an important part of my
childhood and upbringing. My father always told us to be home before the spirits came
out at 7 PM. My grandmother and my yaya (nursemaid) spun so many tales that now, I
can still recite even with my eyes closed.

Your novel departs from the usual political novel where the people revolt and oust a dictator in the end—and everybody is happy, like in the ending of a fairy tale. Was there a conscious decision to show the political in the everyday, personal acts of the individual characters?

I did not want to write a novel that you could watch on television–about a tinpot dictator who is overthrown and a new day begins. If you notice, the dictator and his wife are still there at the end of the novel, stealing from the people. When I was growing up in a military airbase at the height of a dictatorship in the 1970s, there were so many things we could not do. We could not leave the airbase, we could not go to school without a military guard armed to the teeth. We could not talk about the young soldiers who would come home from Mindanao, dead or headless. We were told to keep quiet. I wanted to show the dissonance between the official version of the news and the version that happened down there, in the real world. This is the real version that touched people’s lives, reshaping them into lives of sadness and grief. I remember several years ago, someone in the Philippines listed the so-called martial law novels and she did not include mine. I wrote her a letter and said that a careful reading of my novel’s Philippine edition will show that it is a devastating memoir against martial law.

What was the response to Riverrun, A Novel, as well as the gay short stories that you have published in the Philippines?

The first feedback came from foreigners, because I read several chapters of my novel when I was overseas attending writers’ conferences. At Cambridge University, after I read at Downing College, the Eastern Europeans rushed to me and said, with tongue on cheek: “You are just like us. You make fun of our country’s history.” And when I read to North American audiences, the Latinos would come to me after I read and talk to me in Spanish, asking me: “Donde esta el original espanol de tu novela?” They would ask me where is the Spanish original of my novel. And they would be surprised to know that I write in English. There must be grave similarities among the cloistered histories and politics of Eastern Europe, Latin America, and the Philippines such that these readers saw parallels between my novel and theirs. In the Philippines, someone even called me anti-Catholic. Others said that martial law was not so bad, especially for “privileged people” like me who were children of military men. Some even defended the leaders of the dictatorship, whose children are still in Philippine politics until now. I just ignore them because what they say does not matter to me. The eyes of history will not be forever closed.