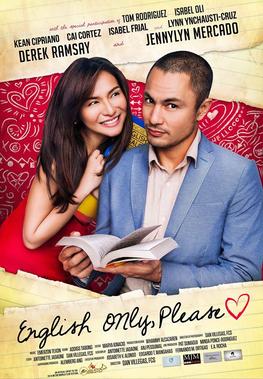 The Philippines is still the third-largest English-speaking country in the world. But more and more, we have to qualify this statement. Does it mean a deep knowledge of English, or functional English just enough to get by? And what does this statement mean – that there is only one kind of English in the world?

Linguists and language specialists have concluded that there is nothing wrong with code-switching, i.e., using English and Tagalog, when discussing concepts in subjects like Science and Mathematics. Moreover, they have found out that students in their early years (Grades 1 to 2) learn concepts better when taught in their native languages. In short, one’s mother tongue – or the language one has imbibed like mother’s milk – is best in laying the foundation for learning. And the Department of Education has taken heed, for it has institutionalized mother-tongue based teaching in Grades 1 and 2. It means that students no longer need to translate English words whose meanings they barely know into Cebuano, or Bicol, or Tausug, then re-translate it back into English.

Use of the mother tongue

But this doesn’t indicate the uselessness of English. Learning in English will still be introduced in Grade 3 for those whose first language is not English. We are talking here of a majority of Filipinos. The foundations having been prepared, the students can now navigate concepts and arrive at insights using another, borrowed tongue. How so? Because they would already have the confidence to form concepts without re-translating them several times in their minds.

Dr. Isabel Martin, the former Chairperson of our English Department at Ateneo de Manila University, offered this insight. “The language most feared is English. I see this in my students who joke that their noses bleed after they talk in English; in my friends who claim that they speak English only when they’re drunk; and in my doctor who suddenly switches to Tagalog after I tell him I teach English.

She continues her observation on this stance. “We see this fear of English in classes where students feel stupid because they mispronounced a word. It is found in contact centers where applicants take accent-neutralization sessions. It is also found in English review centers that continue to mushroom in Metro Manila. Fear of English is also manifested in predictions that the country is approaching an English-deprived future. It is found in House bills that seek to make English the sole medium of instruction in schools and in courses that focus only on developing grammatical accuracy.”

How then can we banish this irrational fear of English? As in relationships, we should stop fearing somebody when we look at him or her as a friend.

I’ve been teaching English for 30 years at the Ateneo (so ancient). I have taught all kinds of students – from the poor but bright scholar from Malaybalay, Bukidnon to the casual and book-hating Fil-Am from Queens, New York. There’s also the occasional Cambodian, Chinese, Japanese, Korean, or Vietnamese who has enrolled for my undergraduate or even strayed into my graduate classes.

I must have a reputation (or notoriety) to protect because they come to me wide-eyed and open-mouthed. Some of them would later they tell me they were children of my college classmates, and their parents made them enroll in my class. Others had seen my books displayed in National Bookstore and were amused to find that there is, indeed, a living writer in the Philippines. They had earlier assumed that every Filipino writer, like Dr. Jose Rizal, was already dead.

I hunker down to work and tell them to be familiar with English. In short, they should live in that language, inhabit it, and embrace it. They should read their texts, watch English-language films, and listen to language lessons and love songs. They should also watch language lessons on YouTube, keep a journal or a blog in English. I encourage them to talk to each other in English. So in my class, Vith the Cambodian talks to Hanh the Vietnamese in English that may be slow now, but we surely are going there. Maria of Malaybalay begins to string together longer sentences in English, describing the green hills of her province. To learn a language is to know its culture. Therefore, I tell them to be more open to other cultures and ways of being. In short, they should open the doors and windows of their minds to the call of another language.

Another way to banish this fear is to remember that there are now many varieties of English. Its ownership is now shared by many countries and continents. English is no longer talked about in the singular form. Rather, like an organism, it has mutated into many forms: it is now no longer the King’s English, but World Englishes, When I was studying in the United Kingdom, I heard Kenyan English from Peter Okeke and Nigerian English from Orufemi Abodundrin. When I studied later in the USA, my conversations with Felicity (from Isle of Skye, Scotland) and Marta (from St. Lucia, Caribbean) sounded like rich, varied, and musical English to my Filipino ears.

English is important and will always be so. It’s one of the 150 languages we use in the Philippines today. Studies show that Filipinos – a talented lot – speak at least three different languages. Who knows, one of them could even be English!

As the poet and University of the Philippines Professor Emeritus Dr. Gemino “Jimmy” Abad said, English is no longer a foreign language. It’s already ours, for we have already colonized it. As with an imported T-shirt or a pair of jeans that your Stateside aunt has given to you, you should wear it proudly. You should wear it until it fades and seems to meld into your very own skin.