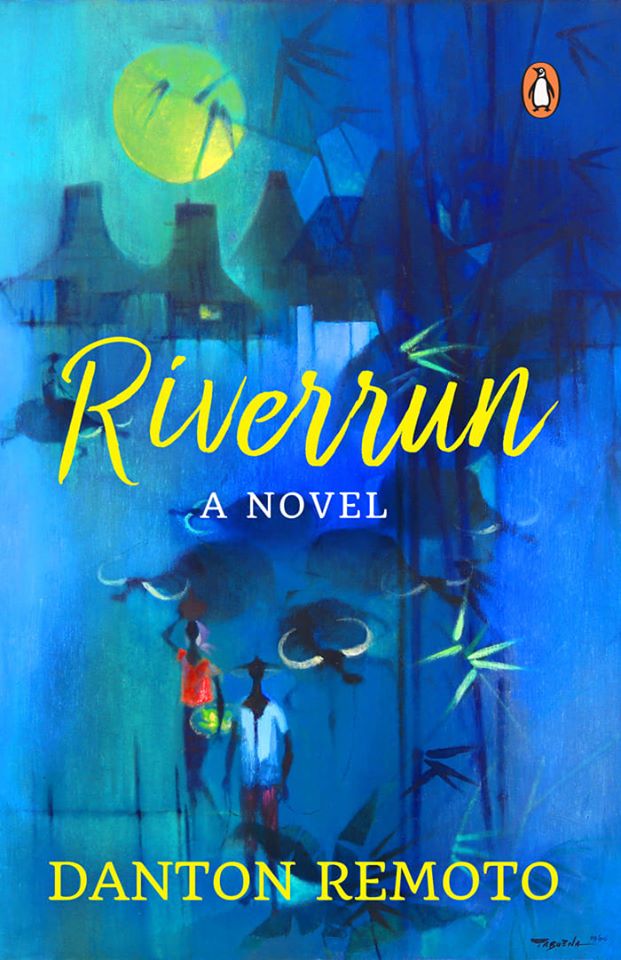 One of my biggest surprises recently was an email from Penguin Random House South East Asia. They were asking my permission to publish my book, Riverrun: A Novel. I thought it was a hoax, a joke, or a mis-sent email, But I checked the name of the Executive Editor (correct), her email address (correct). An onrush of happiness welled up inside me.

This novel grew for many years and was written on and off for two decades. It began as a series of short stories, even flash fiction and vignettes, about growing up during a colorful and chaotic dictatorship. Milan Kundera’s book, The Unbearable Lightness of Being, liberated me from my strict definitions on how to write a novel.

Academic classes and writing workshops, especially of the New American Criticism school, mandated that fiction should have a narrative arc. There is a beginning, a middle, and an end that ties things together, as if a ribbon could be tied neatly around “the glorious chaos of life.”

In The Art of the Novel, Kundera said that the chapters of a novel need not be constructed like items in a carpentry shop. This means that every chapter follows another as if in a grid, ending in a conclusion that explodes. This explosion can be literal (as in crime-thriller fiction) or metaphorically (as in the novels of Ernest Hemingway and William Faulkner). In the works of the latter, the insights are earned as the chapters move.

The other musical metaphor I can use is jazz music, as shown in the novel called Jazz by Toni Morrison, the Nobel Prize winner. I attended her lectures on The American Novel at Rutgers and Princeton Universities. Morrison said that like jazz, the chapters can be spontaneous, can riff in one direction and go to the next, as long as the subject matter and theme remain the same. I tried to do this in Riverrun: A Novel, with its subtle but savage post-colonial strain. Here is one chapter.

My first day in school was a wonderful day. Because my mother had already taught me how to write, I was not afraid anymore to carry my blue school bag with its lined pad paper, pencil, and crayons. And because my mother also taught the Grade Six class in the building across the quadrangle, I knew that she would always be near.

During the first month in school, the Americans from Clark Air Force Base in Angeles City came. The men were tall, with small, pink dots on their pale, white skin. They came at eight o’clock A.M. in a convoy of three vehicles. The first and last vehicles were trucks with uniformed men carrying long guns. The middle was a van with the men in white.

All the Grade One students formed two lines in the dry and treeless quadrangle. In front of us stood the two Americans, giving milk to all the children. The knots of children were excited, their voices buzzing, because we only saw Americans on TV. When my turn came, I looked up at these tall men, craning my neck until I thought it would snap.

The American smiled and laughed. “Weather up here different, son. Have you had milk for breakfast today?”

I would have answered “yes”, along with dried fish fried to a crisp and fried rice smelling of garlic, but he had already poured the milk in a tall, red plastic glass and gave it to me.

Like the rest of the children, I drank the milk in front of the Americans. “They just wanted to be sure you would have enough energy for the school day,” Mrs. Lood, my Grade One teacher, said later in class. She also wondered aloud what would have happened to us if the Americans did not come in 1898. “Perhaps,” she said, “we would still be short, with flat noses and skin the color of charcoal.” We sniggered because she herself was short, less than five feet tall, with nose as flat as her cheeks, and skin a few tones away from that of charcoal.

But since I have always been an obedient boy, I always drank the milk in one go. It was thick and creamy and so unlike the Darigold evaporated milk that we drank at home, watered down by our housemaid, Ludy, so that the supply would last much longer.

“Good boy,” the American quipped. “You may keep the glass, but bring it again on Monday, for the next milk-drinking session.”

Later, we would return to our classrooms, which were Quonset huts that were remnants from the Second World War. In these hot and airless rooms that were shaped like domes, we were fined one centavo for every “local” word we used. We became spies of some sort, reporting to the English teacher a classmate who did not follow the “English-Only Rule” that was imposed on us the moment we set foot inside the school.

In our English class, we mouthed “things” by turning our tongues into a curve, with the “h” aspirated so audibly. In this class, we also read hardbound books from America about John and Annie and their dog Spot, who also seemed to speak in English. He barked “arf-arf” and not “bow-wow” the way the local askals, the dogs on the streets, did it.

And so every week for the next ten months, the Americans in white clothes came with their free milk, to make sure we would grow up as tall and healthy and as cheerful as they were.

How to write a novel